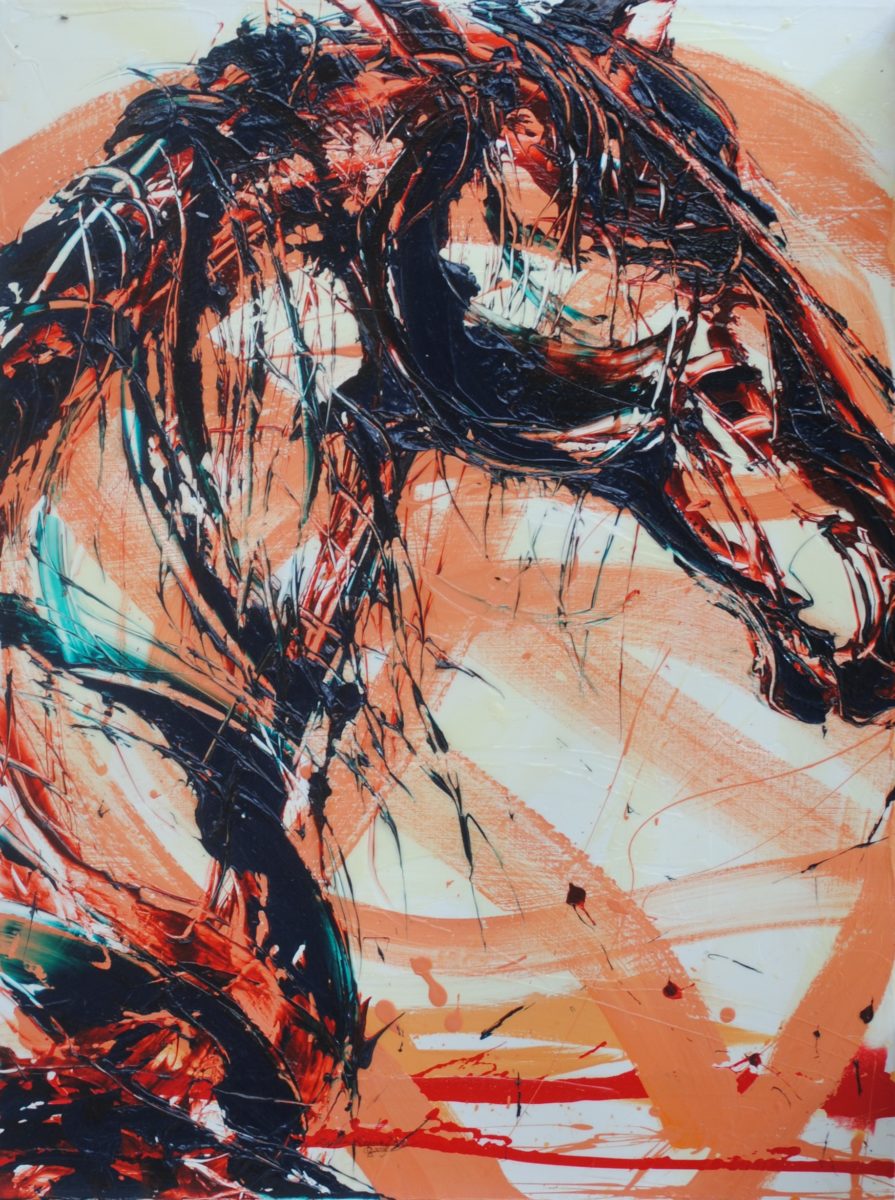 View in the Virtual Gallery
Favorite
Email to a Friend

In the Fall of 2007, Justin, a wild stallion from Spring Creek Basin/Disappointment Valley/CO. was captured by the BLM in a roundup by a helicopter. He was taken to Canon City Prison, CO, where he was tamed by a prisoner in the riding program. He learned quickly to become comfortable under saddle, and was brought to Washington DC to ride in the 2008 Inaugural parade.