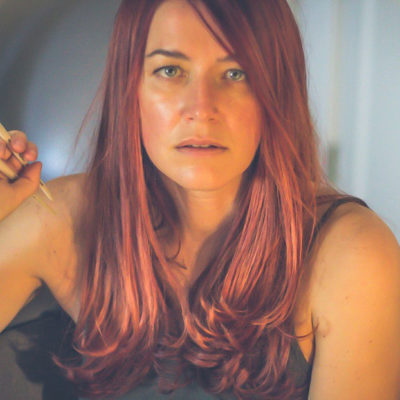 Eunika was born and raised in a small village near Trnava, Slovakia, former Czechoslovakia. At the age of 12, she and her family went on a vacation to former Yugoslavia and never returned home – they fled what was then a communist block country. They spent the next 4 months in refugee camps and eventually immigrated to Canada.

Seven years later, after graduating from high school with honors, she packed her bags again and headed south to the Mississippi Delta following a tennis and cross country running scholarship at Delta State University. Her studies included double major in graphic arts and ceramics. During her senior year, under the guidance of her ceramic professor / mentor (and now a very close friend) Marcella Small, she discovered her passion for clay – not only as an art form but also as a spiritual experience.On weekends they would go on clay digs in the Mississippi hills and work on their individual works of art.

After receiving her BFA, Eunika was accepted to attend graduate program in University of Memphis with emphasis in ceramics. Her MFA thesis intentions were to create beautifully thrown ceramic pieces. Instead, her final works included a mixture or raw and natural instillations created from her clay digs. These works provided an extensive collection of ‘red-stained’ studio clothes that lead to the idea of using clay as a painting medium.

Today she still paints with Mississippi red clay that she digs up in Mississippi. As a hiker and ultra distance trail runner she has the means to find secluded areas with clay deposits. She runs with a small backpack and along with her running/hiking gear she carries a small shovel, ziplock bags and her camera to record her experience. She has added other clays and pigments to her palette. She has a collection of umber, sienna and ochre pigmented clays from across America’s countryside and Europe. These clays provide the staining pigments that make up her art imagery. Through her art she tries to capture the “passage of time” and how it imprints on our lives.