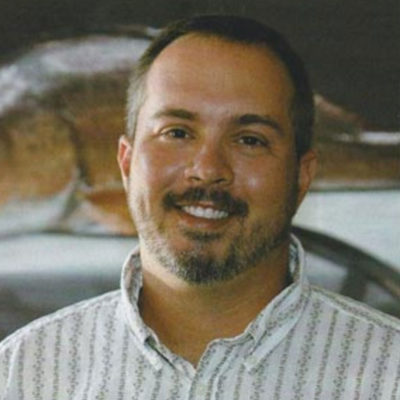 Billy Solitario, born in Manhattan Beach, California, later moved with his family to the Gulf of Mexico. In 1994, Billy graduated from the University of Florida with a B.F.A. in painting.

After Graduation he moved to New Orleans. While attending the New Orleans Academy of Fine Art, Billy worked as a graphic artist with a small advertising agency. In 1997 he received his Gwendolyn Ozol’s Scholarship Award and studied painting full time. In 2003, Billy received a M.F.A. in painting from Tulane University.

”Like most kids growing up on the Mississippi Gulf Coast, the natural world around me inspired me. My imagination was free to explore the woods near my home and the Gulf Islands just a few miles away. I found the love of nature on Horn Island, it’s an amazing natural sanctuary.”

Billy Solitario’s Louisiana landscape locations include the New Orleans region, rural and coastal southeast Louisiana. His inspiration and influences are from Walter Anderson, John Singer Sargent, Claude Monet and Edward Hooper. Solitario has drawn subtle lessons from their works. “I try to make a copy of a Sargent painting every few months. These copies have taught me a lot about edge quality and variation, which are important in cloud paintings. Monet was one of the first greats to understand the importance of leaving the studio. He showed us how important it is to study light, both in the air and it’s effect on surfaces it illuminated. I also admire Hopper’s work for his amazing and bold compositions.”